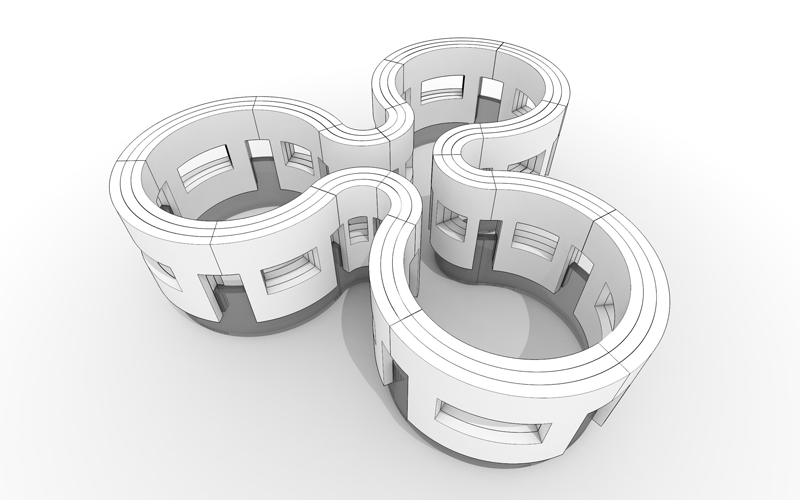 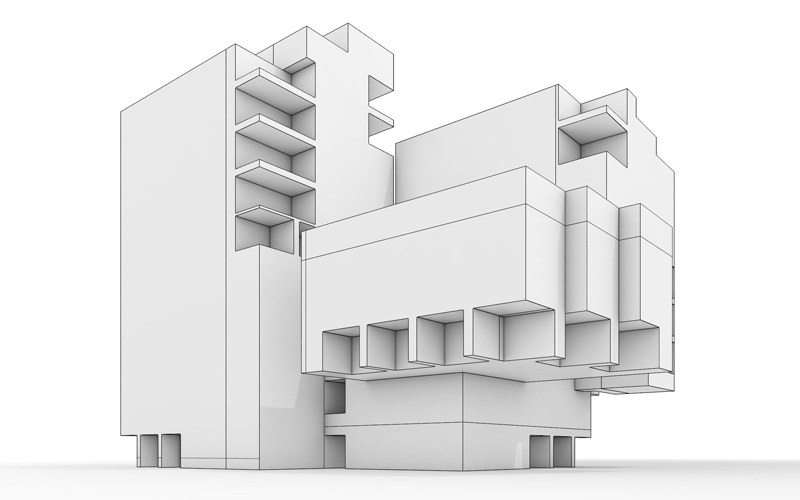 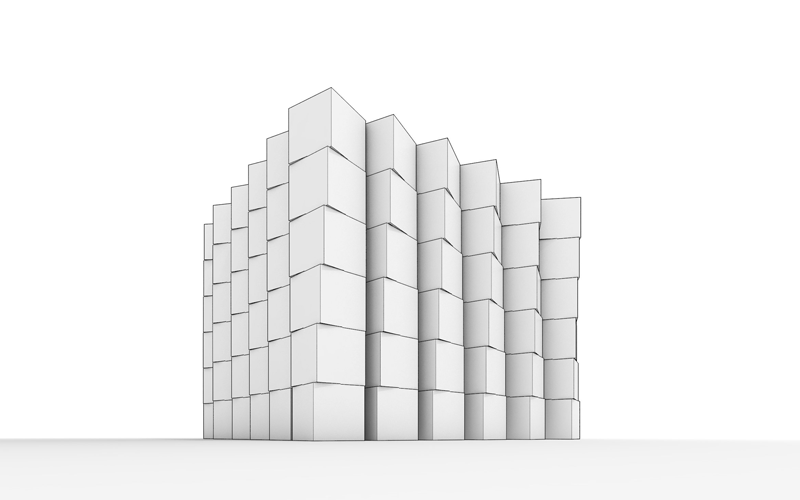 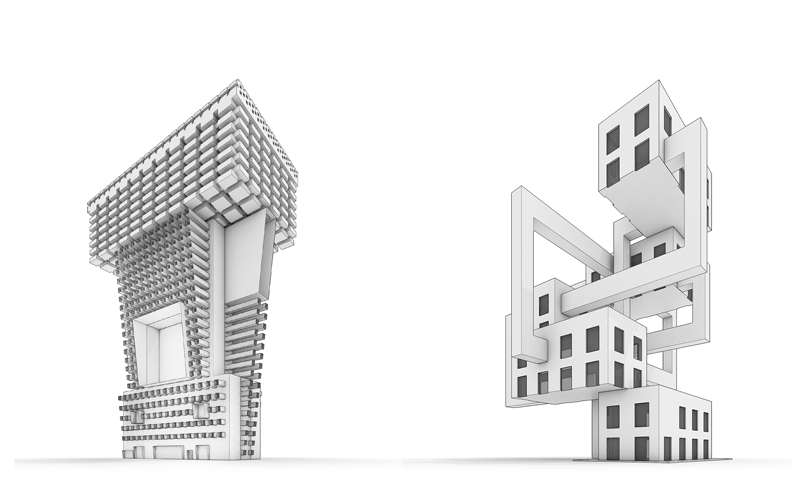 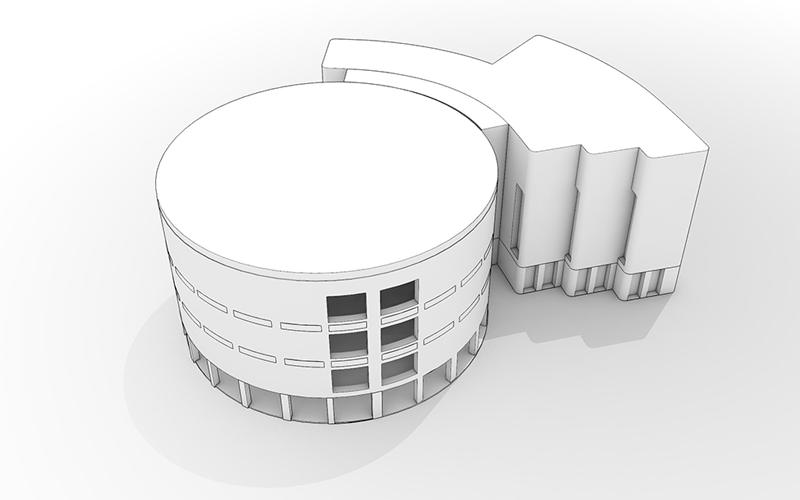 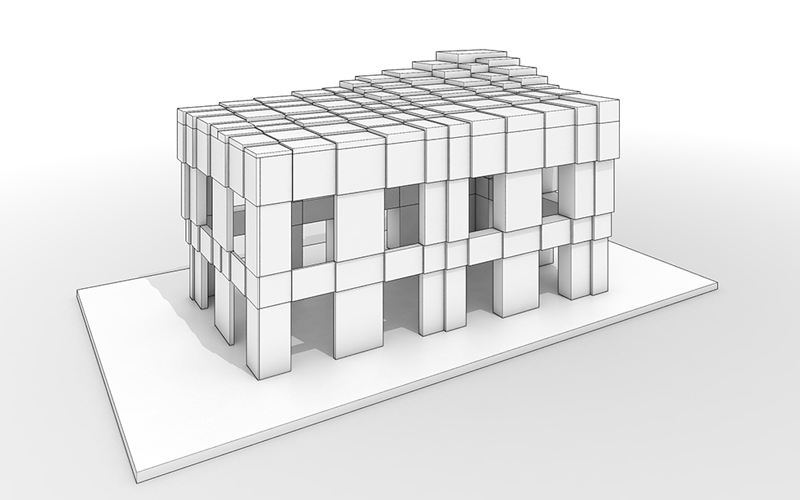 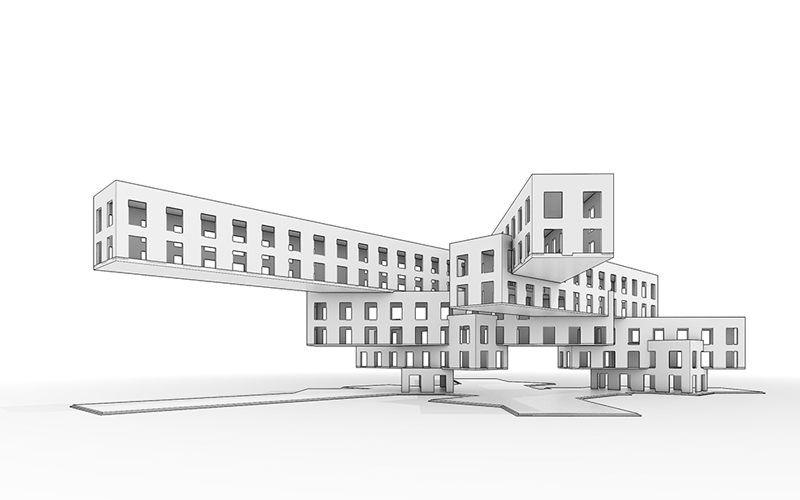 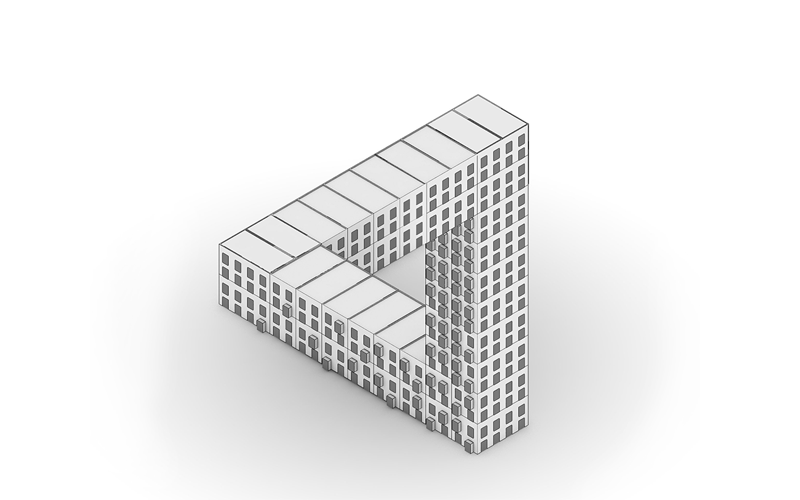 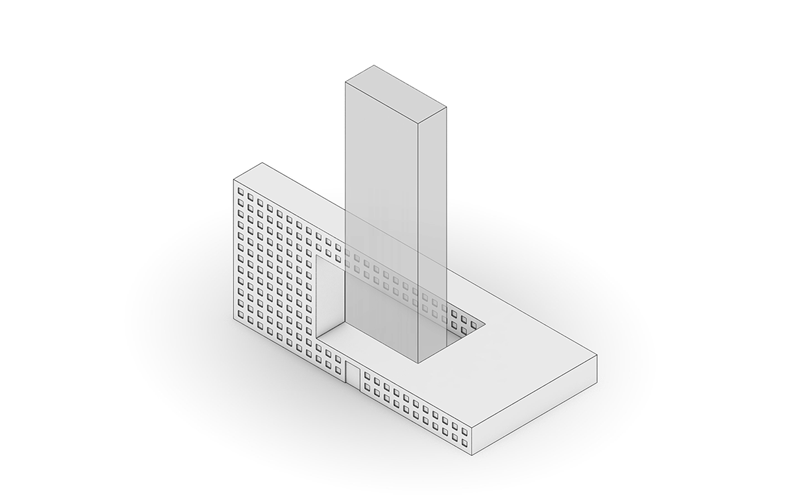 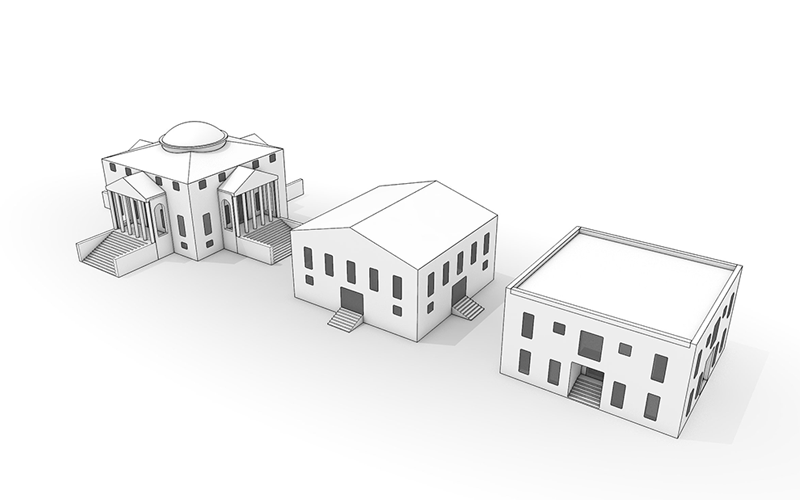 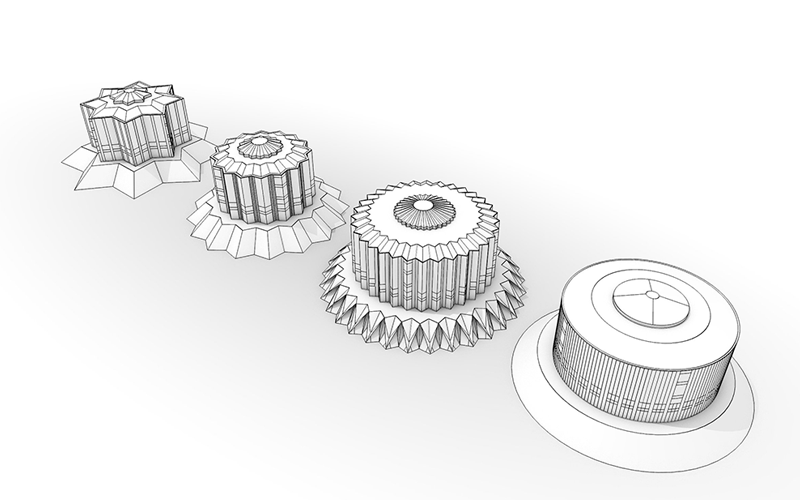 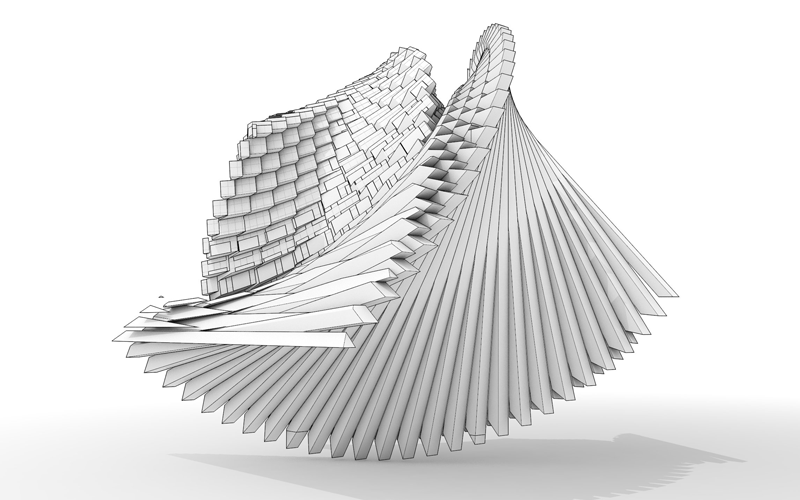 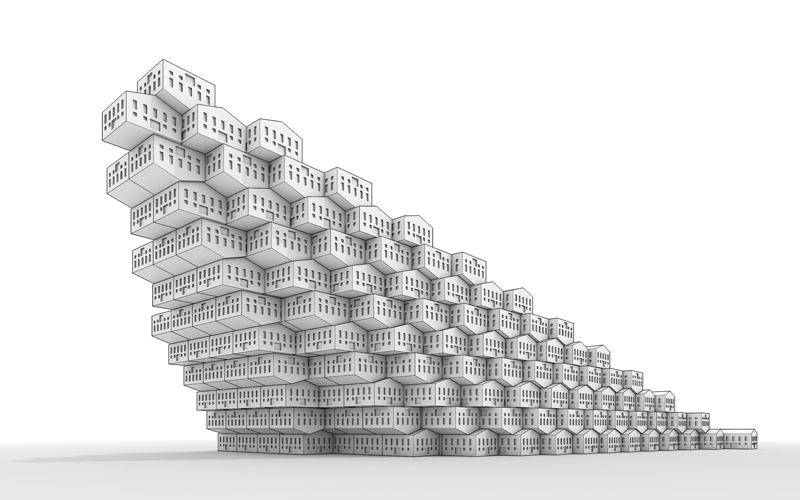 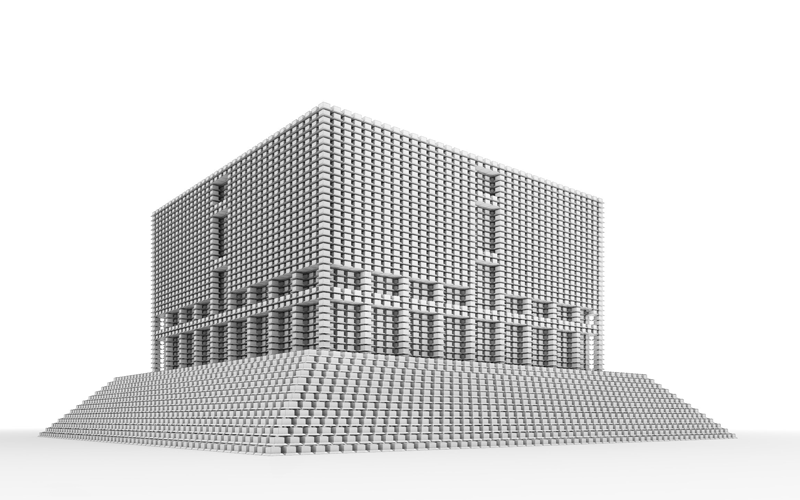 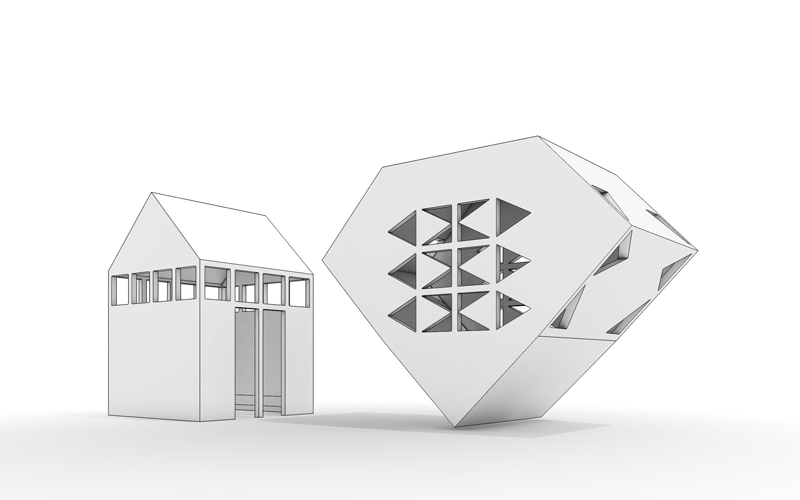 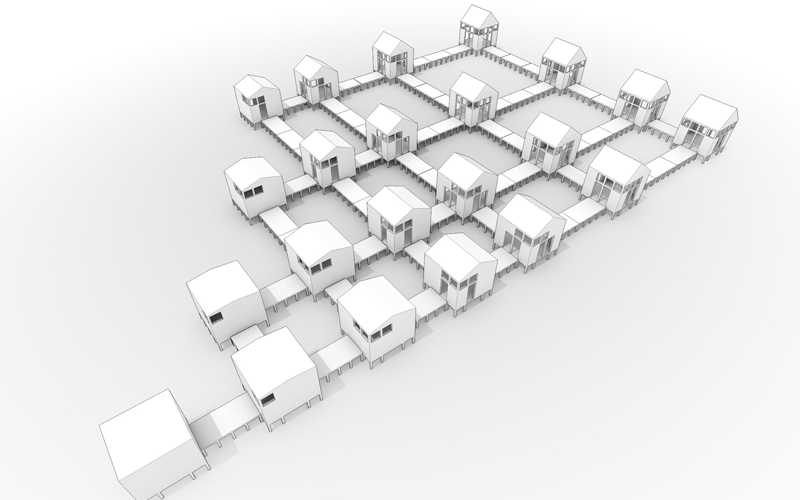 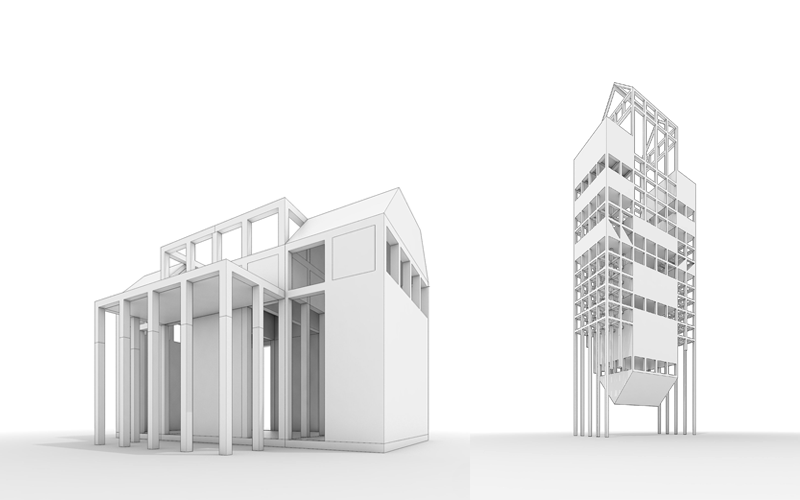 Oswald Mathias Ungers is considered one of the internationally most influential German architects.  Not only his work and his uncompromising direction but also his theoretical writings and university teachings have shaped a generation of architects. Ungers was dedicated to design processes which he derived from the Greek and Roman antiquity and which he continuously redefined and realized in his buildings beyond all fashions and styles. Fundamental design elements of his architecture are such elementary shapes as the square and circle or cube and cone which Ungers varied and transformed in his designs.

It is this idea of variation and transformations that was taken up in the work produced in the module Digital Design & Geometry; Ungers’ work was the starting point from which individual architectural visions were developed and playfully and effectively implemented by means of digital design- and presentation methods.  Aside from getting to know and applying computer-based 3D-modelling techniques, visualization tools and methods of image processing, a focal point was also  the new interpretation and fictitious extension of Oswald Mathias Ungers` work.

Any cookies that may not be particularly necessary for the website to function and is used specifically to collect user personal data via analytics, ads, other embedded contents are termed as non-necessary cookies. It is mandatory to procure user consent prior to running these cookies on your website.