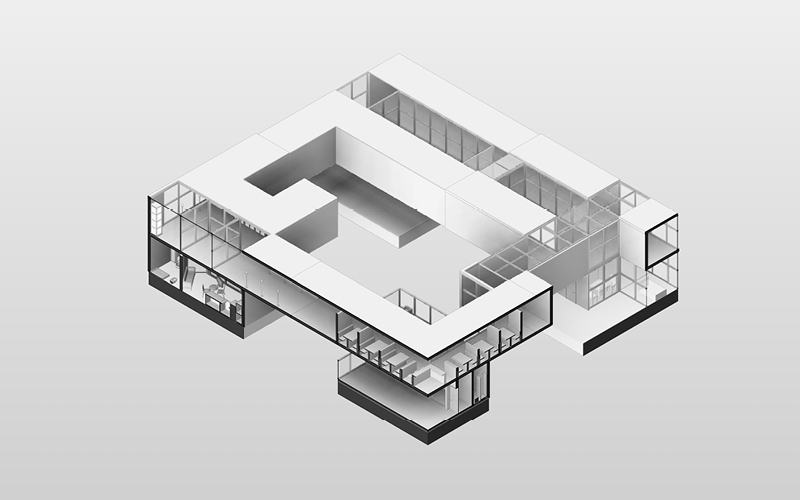 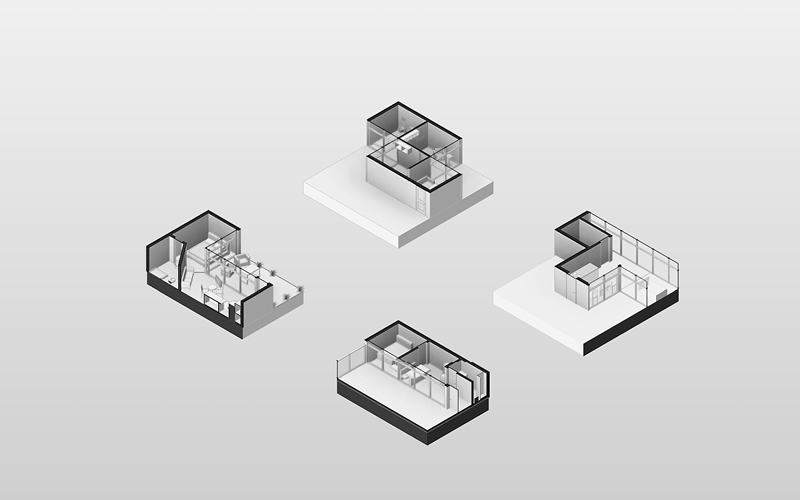 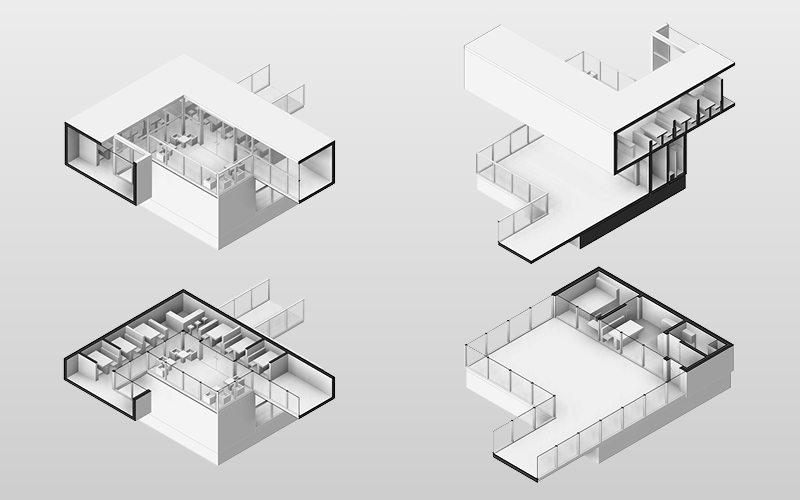 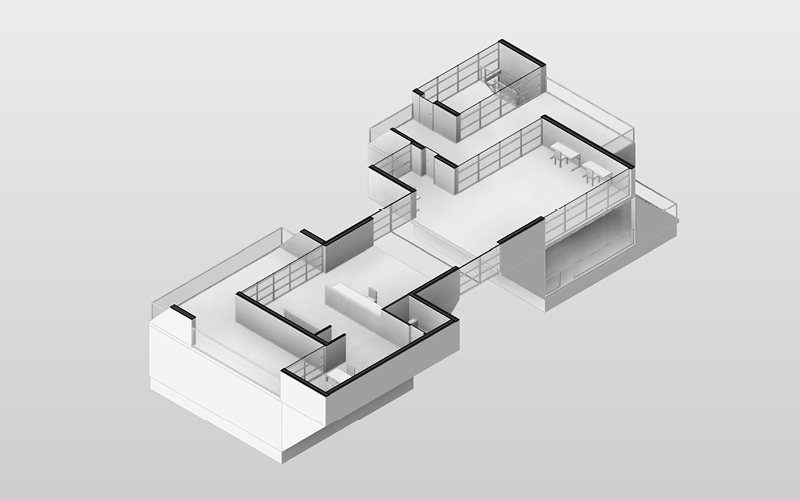 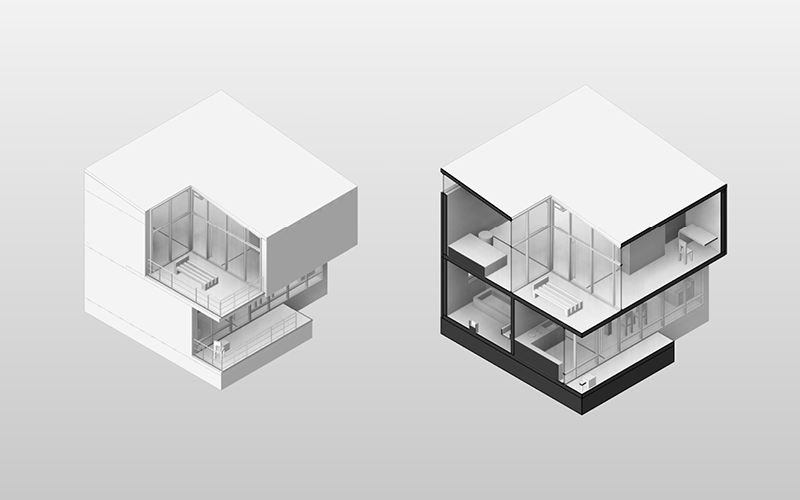 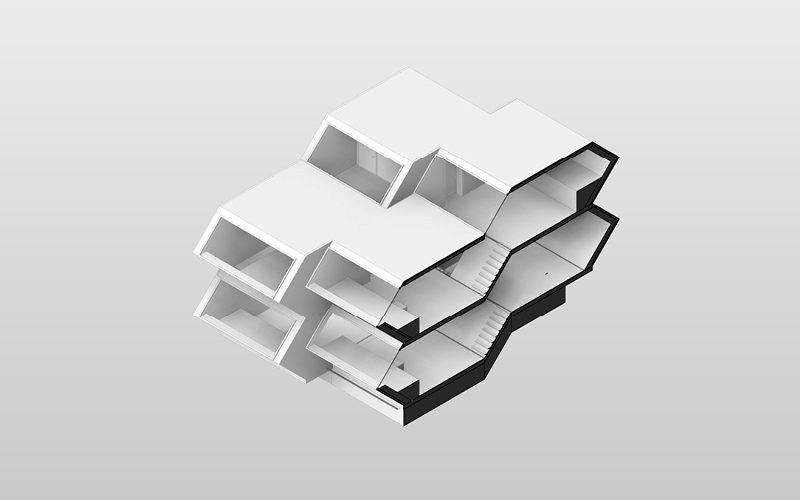 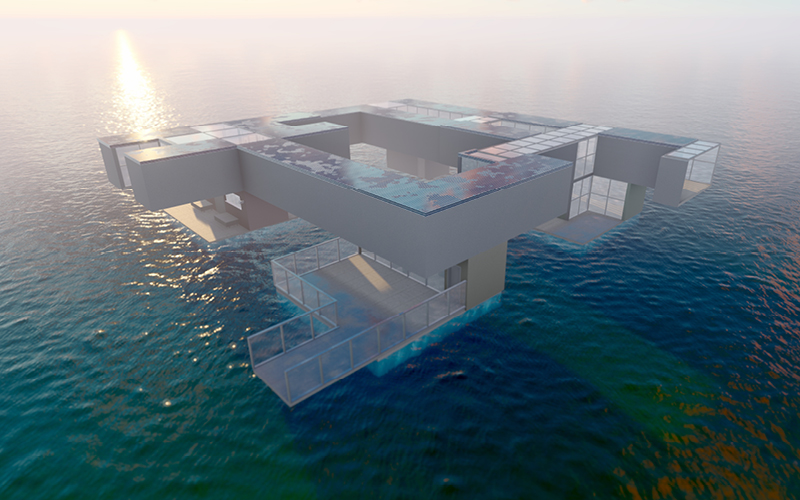 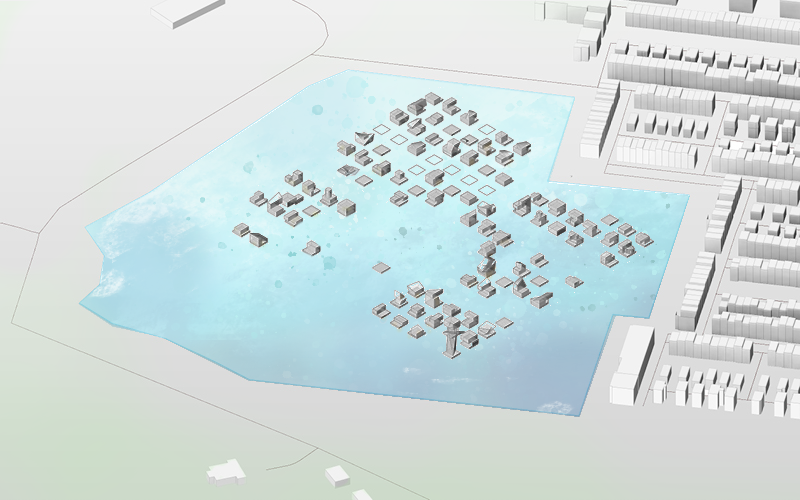 Living on water has a long tradition in the Netherlands and is becoming increasingly relevant against the background of climate change and the associated rise in sea levels. The Steigerland near Amsterdam, which has been designated an urban development experiment, offers new areas for apartments on the water due to its growing popularity. In this floating settlement, each design is given a floor area of 9×9 m, on which a residential building with an additional function is to be built. Based on a specified high-rise architecture on the Hudson River in New York, students designed and planned an entire floor as a BIM model.

In addition to the facade design, this mainly concerns the layout of the floor plan and the expansion planning right up to the furnishing. The goal was to develop a succinct design for the high-rise level while taking into account the overall appearance of the building and the connections to the adjacent storeys. Above and beyond the independent and creatively impressive realisation of the task, consistent planning was particularly important, in which the components are professionally organised within the BIM data structure.